Crazy, right? Who knew that I would ever reprise my role of overly-effusive errant blogger overseas? Not I. And yet, I live.

I never imagined myself living in France. I've never been a Francophile, and to be perfectly honest- I never really liked the French language all that much. I know this puts me in a small minority, and I blame it on a 2-hour-long train journey 20 years ago, seated behind a couple of Parisian girls who never shut up. It soured me on the language. Later, in London and NYC, I would hear the sonorous tones of French spoken by North Africans, and it beguiled me. Now I struggle daily to wrap my head and my mouth around this slippery, archaic language.

Over the past decade, I've furtively studied French, just a little here and there, just enough to be able to say absolutely useless, irrelevant things such as, "The woman points at something with the finger of her left hand" La femme montre quelque chose avec le doigt sa main gauche (Thanks, Rosetta Stone). My interest in French primarily stemmed from its role in philosophy, art, and literature. Because I'm bourgeois like that.

And so, here I am an expatriate again, having lived en La France for the past 9 months. And I'm not ashamed to admit that I don't like it... I love it.  I love the language, which comprises something like 60% of the English language! I love French food, which is a little bit like saying, "Antarctica is cold" in its gross obviousness. Anyone who doesn't like French food is either anorexic, vegan (usually the same thing), or is tragically taste-blind.

I love the wine. I love the natural beauty, which threatens to bowl me over literally every day. But mostly, I love the culture. Here in the south, people are kind and welcoming. And I have a SUPER CUTE BABY, and a sweet old dog- which is basically an invitation for anyone and everyone to come talk to you.

Anyway, I'm just cutting my teeth here on this old blog, and my new life.

I'm going to take a little break and just share some pictures of Charlie Luna Singer, our stupidly cute 7 month old (that happened so fast) 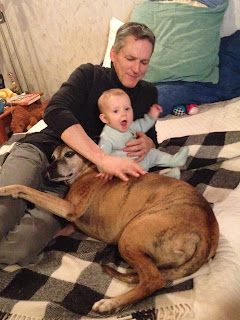 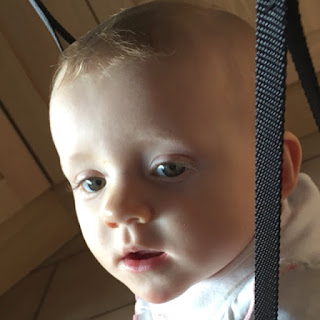 . Seriously people, when is Peak Baby??? She is getting cuter by the day, and just when we think we have hit Peak Baby, she gets even cuter. I'm glad we didn't sell her on the black market yet, because she's gaining value daily. 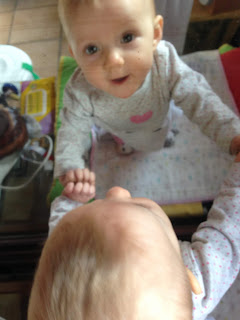 I swear I am trying to upload photos. I'm always on computers or connections that don't seem to like me much. I tried to buy a laptop yesterday to support my suddenly quite busy business of freelance online writing. It was a fiasco of the highest order, but soon. Soon.

In the meantime, I guess I am directing you, dear friends and family, to come back now, y'hear! I'm back and I have no intention of backing down. I've got a lot to say about everything, and this is just my sign post to let you know that I'm back in town.

Bisous, besos, and all the other multilingual smooches I can offer.

~Francesca
Posted by Francy-Pants at 4:43 AM No comments: